UPDATE: You should also read my article on “Hacking the Intune Management Extension”, as it explains different ways to achieve this goal.

Microsoft Intune (MDM) only supports an initial deployment of a PowerShell script to the end users. Once deployed successfully (or failed 3 times), it will never run again for that user.

This is a problem for many Intune Administrators as they try and create scripts to solve some of the limitations within Intune MDM on Windows 10.

Like my solution for managing Local Administrators on AAD Joined Devices with AAD Security Groups.

The following is me trying to explain my thoughts around this solution. If you just want to have a look at it, you can find it on GitHub. Feel free to fork/pull and generally help out with the project. 🙂

As you might know, you can manually force the re-run of PowerShell scripts by deleting specific keys in the HLKM registry. However, the scripts are obscure and require GraphAPI – and a lot of fiddling – to make sense of, as nicely demonstrated by Ben Reader on his blog post http://powers-hell.com/2018/04/16/how-to-force-intune-configuration-scripts-to-re-run/.

I found that approach to be a bit troublesome to automate sensibly.

I decided to look at it the other way around.

I looked for a way to make the registry keys easily identifiable, so I could delete them as required.

It turns out that adding a “Write-Output” command to the beginning of my configuration scripts, actually added the output directly into the registry.

This made it very easy for me to identify which scripts I wanted to either “reload continuously” or “execute at log on”.

PowerShell script to the rescue (again!)

Keeping this behaviour in mind, I built three scripts:

I deploy it using the PowerShell App Deployment Toolkit, wrapped with the MSIWrapper.
An example Deploy-Application.ps1 is in the GitHub repo.

What you MUST do – to make this work

After deploying the solution to the Windows 10 device,

you MUST add one of the required output lines to all the scripts whose run behaviour you need to change.

The following bits of PowerShell should be added early in the script thereby making it the first output.

Again: These bits of code should be put in YOUR own scripts, not the ones you download from me.

Hope you found this solution useful and decide to contribute via GitHub.

NB: This is all work in progress, and is provided AS IS so please test as much as possible! 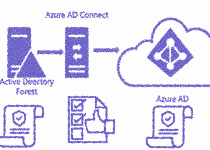 Ever deployed a #MSIntune Configuration Policy to Windows Devices, and wondered why it always shows as Pending?
Look no further! Lee Yan from our SaaF team has recently published a blog to assist you with your deployments. Any feedback? Let us know! https://techcommunity.microsoft.com/t5/intune-customer-success/support-tip-configuration-policy-shows-as-pending-on-windows/ba-p/1121378

Recently had the challenge to install fonts on Windows 10 devices managed with @MSIntune. Read about the solution in my latest blog post. #MEM #Microsoft365